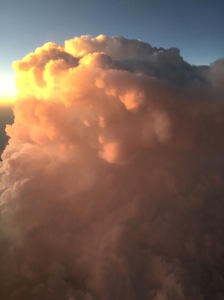 “Lord, how glorious the dawn, the splendor of earth renewed…”

A friend of Dan Schutte’s just wrote me asking for a copy of the lyrics to a song I wrote some 30 years ago. “How Glorious Your Name” appeared on the 1985 double disk set called, “Steadfast Love,” which featured 22 songs from the 1984 version of the St. Louis Jesuits – Foley, Dufford, Schutte, and me. I regard it as our “lost” collection. There are so many wonderful songs on it. But, nnnnoooooo! I had to push the idea of a double ‘album’. Well, my bad judgment basically helped keep most of these pieces in hiddenness.

That being said, I went back to listen to “How Glorious” and the other 21. I was struck by the sense of awe in it. David Haas himself sang the solos (Verse 4 didn’t make it on the single disk reincarnation unfortunately). He just nailed it! Thanks ever so much, David! You really nailed those verses.

I thought that, in the wake of Pope Francis’ new encyclical, Laudato Si, and on this first official day of summer, 2015 in the northern hemisphere, I thought I’d share it with you.