Posted by deepcallstodeep15roc on February 12, 2018 in spirituality |No Comments 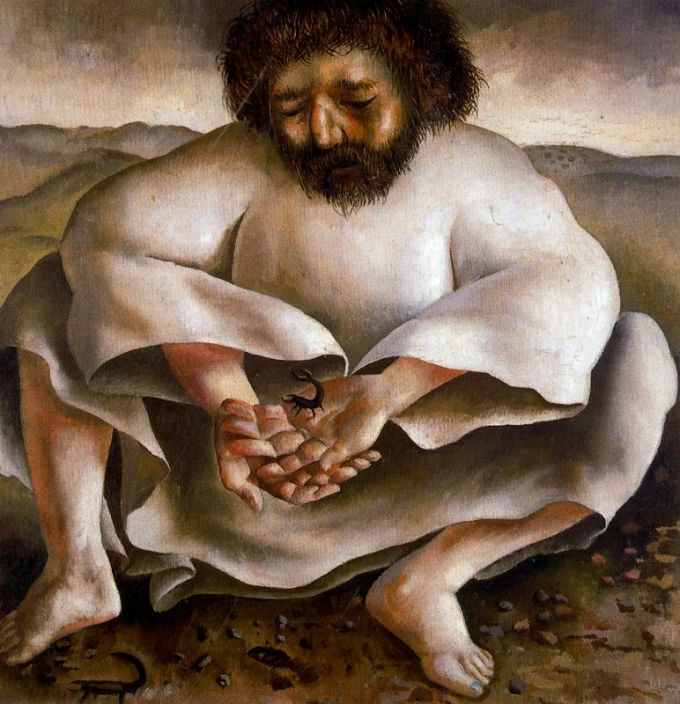 Three levels of understanding the gospel of Jesus curing the leper: 1) Historical – Jesus touched & healed a leper during his ministry.  2) 1st Century Studies – Jesus took on the leper’s uncleanness by touching him and had to stay outside towns.  3) Mark selected specific words to convey meaning – below…

Here’s my translation according to what I see in the Greek.

Mark 1:42–44 (NRSV) — 42 Immediately the leprosy left him, and he was made clean. 43 After sternly warning him/scolding him, he cast him out at once, 44 saying to him, “Watch out! that you say nothing to anyone; but go, show yourself to the priest, and offer for your cleansing/purification/atonement what Moses commanded, as a testimony to them.”

Mark 1:45 (NRSV) — 45 But he went out and began to proclaim it freely, and to spread the word, so that Jesus could no longer go into a town openly but WAS outside in the wilderness; and people came to him from every quarter.

Question: What does Jesus’ rage, scolding, casting out, “Watch out!” being outside, and in the wilderness have in common?

Here’s the subtext that circles around the Greek, erenos, “wilderness.”  It begins in chapter one and is finally resolved in chapter fifteen.

Mark 1:2ff         — 2 Behold, I send my messenger before thy face, who shall prepare thy way;  3 the voice of one crying out in the wilderness: ‘Prepare the way of the Lord, make his paths straight,’ ” 4 John the baptizer appeared in the wilderness, proclaiming a baptism of repentance for the forgiveness of sins.

Mark 1:12f         — 12 And the Spirit immediately drove him out into the wilderness. 13 He was in the wilderness forty days, tempted by Satan; and he was with the wild beasts; and the angels waited on him.

1:45           Jesus could no longer go into a town openly but WAS outside in the wilderness; and people came to him from every quarter.

Jesus did not resolve this until he surrendered in the garden of Gethsemane: “Take this cup from me… not my will but yours be done.”

Jesus raged in the presence of the leper because he recognized this as the work of Satan – the Tempter.  Recall how he called Peter “Satan” later for tempting him to bypass his rejection, suffering, death, and resurrection.

Jesus WAS in the wilderness until his surrender at Gethsemane.